The big mystery the huge obstacle that prevented so many of us to start learning Japanese in the beginning. The Kanji, the Japanese take on the Chinese characters. I’ve been so scared of these and thought it would be an unmanageable task. But let’s get this straight it’s definitely is not. Kanji are highly overrated. Yes, you need some to read Japanese texts but don’t focus too much on them. Start with grammar and vocabulary instead concentrate on the basics and then begin with learning Kanji. After all, Kanji are not the thing that make you understand Japanese.

No matter what everybody else is saying. Repetition is still the key to memorize something for the long term. There are different ways to make it a lot more easy and fun for yourself, but still. Repetition is king. Kanji are not about understanding. You just need to memorize them and at best with meaning and reading attached to it. But now comes the problem. It isn’t enough to just memorize the two basic different readings. When Kanji are used together with other Kanji and make a compound they sometimes have a new different reading. So you basically have to know the word and it’s Kanji components to know the reading as well.

That’s why I don’t think you should spend too much time on learning individual Kanji and just start building your Japanese vocabulary instead. I did that with iKnow some time ago or rather I started to work on my vocabulary again early this year. The beauty of iKnow is that you’re training your listening and reading comprehension. And when you’re at it you repeat the kanji as well. But this is much, much more efficient if you already have some Kanji knowledge and know about “primitives”

He did Mnemonics first, the Heisig method

I started with the Heisig method which is basically what WaniKani copied and made into an online learning website. The difference is that Heisig split learning the meaning and reading of kanji into two parts. First, you make up a small story for each Kanji which connects to the different parts in it, the Primitives. Heisig only did that for you with the first couple hundred Kanji. After that, it was entirely up to you. It’s definitely the better method. Maybe a little more time-consuming in the beginning. But more effective in the long run. You’ll always have a deeper connection to a story you construct yourself than the one you just merely consume.

The basic premise to kickstart your memory is always to make a connection to something you already know. And through constructing a small story around the different parts inside a Kanji is exactly that. But this doesn’t just work for learning Kanji but for everything you want to remember. Try to make a connection to something you already know. It’s irrelevant how you achieve this. I know that this is a rather tough way and sometimes you may think it’s easier to just beat the facts inside your brain. Sometimes, on the other hand, it doesn’t seem to be possible to make such a connection for yourself. But trust me on this. if you take the time to work a little more on making new knowledge or rather new material more approachable it will definitely pay off in the long run.

I have written about the neat Kanji flashcards from WRJ

are the ones to get.- But did I learn the Kanji with them? Here comes a straight no. I didn’t and wouldn’t recommend this brute force method for anyone because just staring at a kanji and trying to remember it without a story is exactly what we don’t want to do. If you read my text you already know that I’m currently using these cards as a supplement with iKnow. I pretty much learned most of the most common Kanji with the Heisig method and later went through the first 600 or so again with WaniKani. Whenever I’m unsure about a Kanji I encounter when learning vocabulary I search for it in my flashcards. I have a little stack with these selected ones lying around and whenever I feel like it I skip through them. Just to refresh my memory, which is always a good thing. Because we know, repetition is king.

There are many websites and programs out there which can help a great deal on your journey to learn Japanese. One of the best and most efficient things I discovered in the last couple of months (if not years) is iKnow. I’ve already written a pretty extensive article about the website and its service. Read it, there is even a one-month free coupon included so you can try their service yourself. Instead of focusing too much on kanji and their readings I completely set my Kanji practice aside. I’m solely learning new vocab right now and along with it I learn how the word is written in Kanji (or with a Kanji). Sometimes I even search for the corresponding flashcard

if I feel that this is a pretty useful one and try to remember this special character with a reading attached. You probably all know this situation. You’re constantly stumbling upon a Kanji and just can’t remember the reading for this one. Even if I specifically said that I’m not trying to focus on isolated Kanji anymore it’s sometimes still very useful to know at least the most common ones with their most popular readings.

How are you studying your Kanji? Going down the tedious route with Heisig or are just keeping it easy and try to study the Kanji along with new vocab?

I started Japanese Tease after my first trip to Tokyo as a personal blog to share all the stuff I love about Japan. Trying to learn the language and always on the lookout for attractive books.
6 Comments
Oldest
Newest Most Voted
Inline Feedbacks
View all comments

I’ve to admit I used to put off learning kanji when I first started learning Japanese but I don’t think it’s that bad anymore. Sure, some characters are a bit hard but with repetition you can get most of them down. For learning kanji, I use my Japanese for Busy People II textbook and Basic Kanji Book Vol.1. I like the latter as it gives you multiple words that use a certain kanji and the exercises are fun while in Japanese for Busy People, they don’t explain really well. For example, they don’t give the On and Kun reading for… Read more »

Please, never stop posting, I really love this blog! <3 I'm even thinking about making a portuguese blog about japanese things too! Brazil don't have much cool resources like this to learn and enjoy japanese culture!

What a great article, thanks so much for sharing! I tried iKnow in the past and it was pretty useful. Have you ever tried Read The Kanji? It’s really helpful for reading things in context along with learning new words/kanji. Definitely recommend it for N5-N1 practice. http://www.readthekanji.com

I learn Kanji as they are coming up in the lessons on NihongoMaster (https://www.nihongomaster.com): 5-8 at a time, consequently drilled now and then.

I have all three boxes of these and they’re super helpful!
I’ve been doing Japanese since Kindy at school-now in yr 11 these cards are a saviour!

A few years ago I wrote a big article about how I’m self-studying Japanese. Over the past couple… 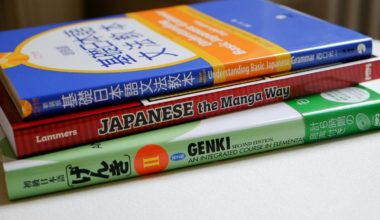 Recently I’ve been thinking a lot about good ways to study and how to keep my motivation up.…
Back to top wpDiscuz