Where to buy Japanese magazines?

There are so many great Japanese magazines out there from Men’s fashion to Japanese Vogue, infamous Famitsu gaming magazine or Shonen Jump for all manga fetishists. The market is endless and there really is something for every little niche no matter how seemingly small the audience may seem. Another big thing in Japan are the so-called emooks. Big Japanese brands are releasing their lookbooks for the public and always pack it together with a small gift. Bape is doing it, Snidel is doing it and Porter as well. Even the Suica card (which you need for public transportation in the Tokyo area) has its own emook packed with small goodies and info about what’s upcoming for the card.

The picture above reminds me that I always have to pick up some fancy Japanese nail-art magazines for a friend of mine who is very much into makeup and nail-design. Stunning stuff even for someone like me who isn’t as educated when it comes to all things makeup.

I got some emails within the last couple of months repeatedly asking where a good place to shop for Japanese magazines might be. And why not dedicate a post to this matter. Most of you a probably looking to buy either Japanese fashion magazines or Japanese manga magazines like Shounen Jump. The good thing is that you can even make a subscription for magazines and receive each new issue directly from Japan for the real Japanese price. 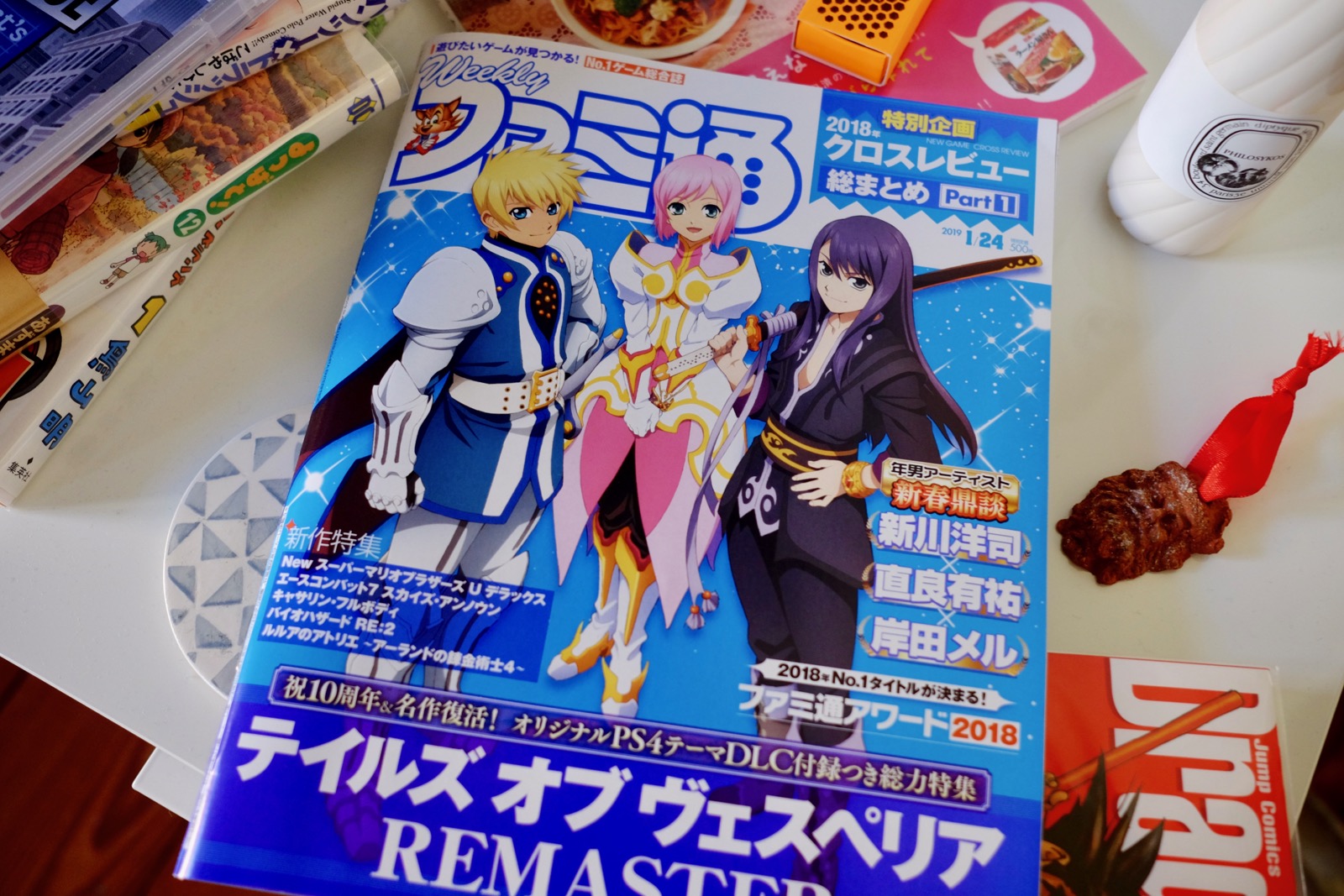 CdJapan is great for the latest issues

I’m currently shopping all my Japanese manga and games from CDjapan and am still very pleased with their service. From time to time I even sneak in a little figure (like Arale-Chan) or some Japanese magazines.

They have all the latest issues of Famitsu, Dengeki, popular male fashion magazine Popeye or the Japanese Vogue in stock and ready to ship. The beauty of ordering from Japan is the condition of the products you get. When ordering domestically in Germany it’s always troublesome with books and mags. They are nearly never in perfect condition with bruised corners and sloppy packaging. Never happened when ordering from cdjapan (or anywhere from Japan for that matter).

Their website is completely in English and you don’t even have to pay the Japanese taxes (which are already deducted from the prices shown on the site). They once had the option to make magazine subscriptions as well but discontinued their service for unknown reasons.

A series of One Piece Magazines (Vol. 1-3) is released in Japan within the next couple of weeks to celebrate the series 20th anniversary. CDJapan has them on pre-order already and I can’t wait to finally receive my collection. Reminds me that I really need to update my collection of the One Piece tankobons.

You can even get a subscription to your favorite Japanese mag

Jbox: No more sold out issues (And believe me the popular stuff is selling out fast online. Especially the fashion mags with little bonuses inside). Weekly/Monthly Japanese goodness to surprise you at home. I think that’s probably what a subscription is all about. The joy of being surprised by the latest issue in your mailbox. Or at least that’s why I made subscriptions for the magazines I like.

Unfortunately, most websites discontinued their subscription services for Japanese magazines but Jbox is still offering their service.
They have a lot of Japanese snacks, video games, and magazines in stock. Most of it gets shipped directly from Japan but some are stored in their US-based warehouse in San Diego as well. JBox is one of the few places who is still offering subscriptions to Japanese magazines for reasonable prices. Just have a look.

Fujisan: Another great place to make a subscription for Japanese magazines of all sorts is Fujisan. I personally haven’t used this shop before and only read about their magazine subscription service. Unfortunately, I heard nothing about the quality of their service. Judging from my overall Japanese online shopping experience they’re probably pretty decent or they wouldn’t be in business for such a long time (since 98). Their website is even available in English which is a big plus for everyone who is not as comfortable with Japanese as some of you are. All mags are shipped directly from Japan.

I started Japanese Tease after my first trip to Tokyo as a personal blog to share all the stuff I love about Japan. Trying to learn the language and always on the lookout for attractive books.
22 Comments
Oldest
Newest Most Voted
Inline Feedbacks
View all comments

FRUITS MAGAZINE - A LOOK INSIDE NO.132 - Japanese Tease

[…] guide on where to buy Japanese magazines directly from […]

I use jlist for my subscriptions. The magazines themselves are rather cheap but the shipping fees are not lol.
Haven’t tried CDJapan yet.

Magazines are just so heavy which really drives up the shipping costs. CdJapan is great but discontinued their subscription service last year :(

Yeah, the magazines I’m subscribed to are like 800 pages each lol

Of course! They are great for extensive reading :D

What about online subscriptions? Are they common? Do they sell those to foreign users? Please correct me if I’m wrong, but I think there are online manga magazines that are restricted to Japan.

Honestly, I never heard about online subscription services for Japanese magazines but I’m sure that they’re available via itunes for the fashion etc. department. I don’t think that there are digital versions of manga magazines (the big, printed ones) around but I’ll look into it. Thanks for the suggestion!

Do you maybe have some examples for only online manga magazines?

My experience with CDJapan was generally good. Their shipping cost calculator is really cool, but I’m a bit confused by their packing. The one time I ordered, I got 3 mangas and 1 pack of those nice protective foil covers (http://www.cdjapan.co.jp/product/NEOGDS-106020) which are really long, so I kind of expected them to stack the mangas and wrap the pack of foil wrappers around it, but they didn’t. They put it in a really HUGE box to avoid bending them. I wonder if they ended up paying more shipping that I payed for. I wonder how the shipping on Amazon.co.jp is.

Amazon.co.jp is only shipping via EMS which is absolutely ridiculous when shopping for books and magazines. Manga with a totalö auf 3000Yen and you end up to pay 5k for the shipping alone. Too bad they discountinued shipping stuff internationally with SAL.

Never ordered the protective wrappers from cdjapan but I can imagine that they wanted to avoid bending them at all costs :)

Sort of dissapointed that there is no Shonen Jump or Go Go Guitar on the subscription website which I both sort of wanted a subscription for. Luckily (and this is also a suggestion for Brits or frequent visitors to England) I know of a shop in London near Piccadilly Train station (down a smaller street to the side of the Japan Centre) called Jpbooks that claim to offer subscriptions. Popped in there with no money once and they had humongous amounts of magazines, and definitely had Jump. Should step into the Japan centre next time when I have money and… Read more »

Regarding the two subscriptions you wanted: Will ask jlist what’s going on there and why these are not available. Two pretty popular mags after all. The shop you’re talking about seems amazing. Always wanted to visit London (and the Japan Center) myself but never made it so far. There is nothing better to pick up the stuff you want in person but with Japanese books and mags and things in general the prices are always through the roof. Or at least that’s my experience book shopping in Düsseldorf. Maybe you could snap a quick picture from the store the next… Read more »

Thanks for that! I’ll be sure to take a picture at the Jpbooks shop. I plan to go there this weekend or next. The prices aren’t too bad. I think it was about £5 for Shonen Jump, which is more than in Japan for sure but is about the same price as most higher quality magazines in the UK, none of which are anywhere near the phone book size of Jump.

Only 5 pounds. Honestly I think thats quite the steal considering how expensive shipping for the weight of one issue would be. Would definitely visit that store as well :) looking forward to your pictures Helena.

[…] but definitely not the reason why I buy a Japanese design mag (You might want to check my guide on where to buy Japanese magazines). Regardless I just took some pictures of the relevant page for you. Doesn’t show anything we […]

The ultimate guide about buying from Japan - Japanese Tease

Thanks for sharing your experiences Pascal. I’m not a huge car buff myself but I bet some readers will love your tip. The prices for shipping can sometimes be a little high at Cdjapan but their original Japanese prices (minus the tax) make more than up for it. Amazon Japan shipped only via EMS internationally for quite some time (not sure if that changed) but regardless with the import fee deposit you mentioned it’s totally worthless to shop there.

Ok big question, so I’m specifically looking for a magazine thats no longer in print: http://asciimw.jp/search/mode/item/cd/M0802210
So this magazine exist somewhere in japan but nobody is selling it online, I’ve tried yahoo jpn, merceri, etc. Just about every online shop.
So my question is: Is there some sort of business that I can hire someone to look for something in another country? Kind of like a bounty. Does something like that exist?

I need to place an ad to promote my new book.

Any tips on where to place it?

I’m pretty excited about the batch of manga that arrived today from cdjapan. Picked a couple of new… 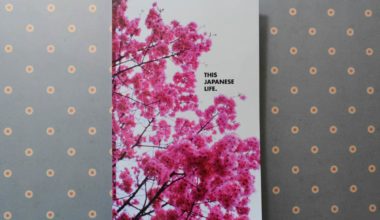 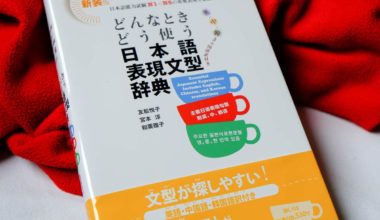