About two years ago I purchased one of these small boxes from Japanese graded readers. Each one contains several small booklets with short stories in Japanese. The good thing is that the stories are graded after their difficulty and even beginners can experience the exciting feeling of actually reading something in Japanese. Manga can be tough with all that grammar, vocabulary and slang. When you’re just starting to read some stuff in Japanese it can be rather frustrating.  You only understand half of everything (if at all) and constantly looking up words is not fun either. But I bet we all know the feeling.

Back then I bought the first レベル０ package and was quite happy with it. The stories were easily digestible and quite fun to read. The series wants you to just keep reading and guess unknown words from context. Small colorful illustrations on each page make this very doable. All in all: I really loved these little boxes  (they looked nice too) and I’m not quite sure why I didn’t buy more of them. Maybe that was the time when I started to get into buying manga in Japanese.

Good news for all Japanese learners: White Rabbit Japan apparently made a deal with the Japanese company which is publishing the Japanese graded readers series (Ask Publishing) to release each story digitally. The price point is 3,59€ for each little book which is quite alright considering that each story contains full audio by a native speaker. At the end of each story, you can find a flashcard system with which you can practice some of the words (not quite sure how they are selected) fro the story.

The Kanji (and furigana above) look spot on sharp on my retina display. It’s really a joy to read. Thus far I have only bought one レベル０２story 二つのパン and found it rather easy. Will try out the only available レベル０３story and will see how that goes.

The only negative point so far: Each story is one app with the exact same cover by which show the White Rabbit Japan bunny. They should work on this, maybe even consider one app where you can download each little booklet individually. But this shouldn’t discourage you from buying one of these, highly recommended and well worth your money. The best part: You can just easily download these from the US or EU App stores.

If you still want to go the physical route, just head over to cdjapan where every volume is available for a mere 2,300¥. 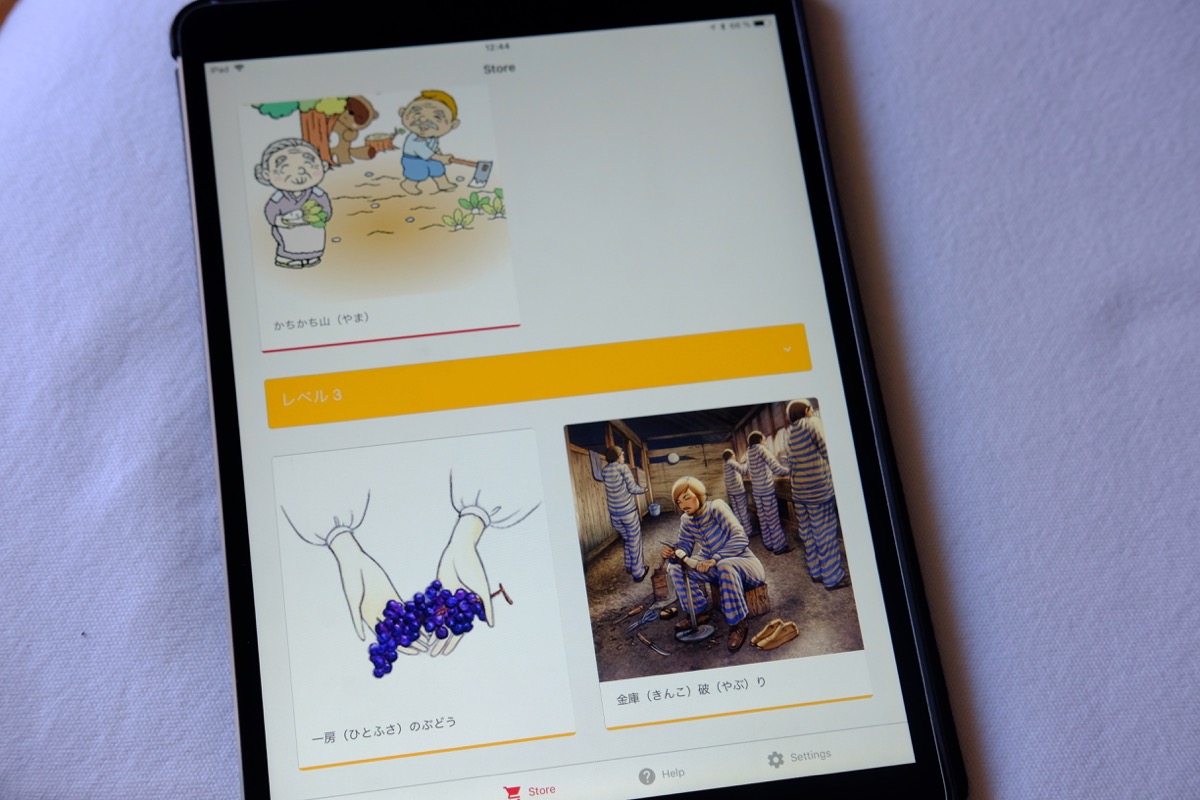 Update July 2018: Meanwhile the individual Japanese Graded Reader Apps,  which contained one story each, were pulled from the App store for almost two years (if not longer).A little disappointing because the idea itself was a neat one and the Apps worked quite well. But don’t worry. You’re in luck. White Rabbit Japan just relaunched the digital form of the JGR and made the good call to just make one App which would house all the stories you’d eventually buy. Unfortunately, the selection is still very limited. But at least some stories are now available digitally again. (Android / iOS)

I started Japanese Tease after my first trip to Tokyo as a personal blog to share all the stuff I love about Japan. Trying to learn the language and always on the lookout for attractive books.
13 Comments
Oldest
Newest Most Voted
Inline Feedbacks
View all comments

The main thing that has impressed me in the case of the digital editions is the price. Unless I’m very much mistaken, the amount of money you’d save by buying digitally is absolutely amazing, mostly due to the high retail price of places such as Amazon. Looks like they’ve retained the pretty pictures, which is arguably a main draw of the series.

Appears to be much to much furigana imo from the picture you’ve given (image 2 specifically). It seems as everything is readable just with knowledge of hiragana, which seems a tad pointless, and also greatly distracting.

The books are actually relatively cheap when you buy them directly from Japan. Each volume costs a mere 2300¥, so in the end it’s roughly the same price if you go digital or just buy the physical edition.
Just have a look: http://www.cdjapan.co.jp/aff/click.cgi/PytJTGW7Lok/4756/A148868/search3.html?q=japanese+graded+readers&media=&r=any&step=20&order=score” target=”_blank

And you’re completely right that there are furigana for everything. I think it makes sense for the first levels but they should definitely skip them if you progress further. You put it nicely: Furigana are just distracting after a certain level and prevent you from really practicing your Kanji reading ability.

Hope they are working on a version for Android. It’s a great way to get started reading Japanese.

Yeah, I feel you. The porblem porbably is that iOS consumers tend to spend a lot more money on apps and stuff and that’s why developers prefer the platform instead of Android.
But hands down, they should really step up their game and release some Android version.

[…] couple of months ago I have already written about the digital version which is now available of the Graded Readers series. It’s quite comfortable but so far only […]

DId these digital readers get pulled from the App Store?
I can’t seem to find them.

Seems like it, just checked myself and couldn’t find them either. You can still get the physical version though (which is awfully nice)

Cool. Thanks for checking! Looks like I’ll be getting the phys. version. Love the site, BTW! :)

Thanks a lot Johnny. Always great to hear that :) And if you have any questions/suggestions please feel free to share them. Always happy to help. 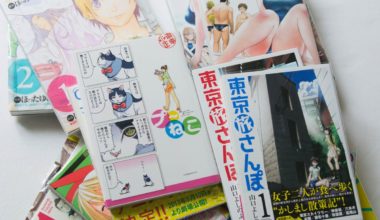 WaniKani is a great way to learn Kanji and some Japanese vocabulary alongside it. I’ve already written a…
I bought a lot of study materials over the past few years. When I started to learn Japanese…
Back to top wpDiscuz