Can you learn Japanese from Anime?

Anime has to be one of the more popular reasons why people started to learn Japanese in the first place.  At least I read it over an over again in the WaniKani forum. It was the exact opposite for me. When I was already learning for more than two years I finally got into Anime. Always wanted to like it but never found anything that was really appealing to me. I was already reading some manga back then but only 20th Century Boys and 神々の山嶺. I was much more into Western titles like Transmetropolitan, Preacher and all the classic Vertigo stuff. Maybe that was the reason why I had my troubles getting into Anime because a lot of the popular  series seemed to be adaptions from 少年 (shonen) manga. I was constantly searching on hulu plus for titles that could interest me but most stuff just didn’t do anything for me. The first thing that really put me off were the pretty long opening credits (wtf I though back then) and when then episode was finished I had to watch another 3 minutes of closing credits. This was too much for me and I just ignored Anime from then on.

Last winter it was time again and I gave Anime another shot. Re-activated my crunchyroll subscription and went on to search for an interesting title. What I found was Golden Time and even if it was a romantic comedy, I just thought “what the heck” and gave it a try. Maybe the cold winter days made me a little romantic or maybe deep inside I’m just a sucker for dysfunctional Anime relationships, but I loved Golden Time. First show I really enjoyed. The music was good and the stream looked crystal clear on my TV. Really, they did an outstanding job of delivering this show in 1080p, never seen an Anime as pristine as this on my TV. Ok, like I mentioned I haven’t watched too many but I always enjoyed the Ghibli movies.

I’m suddenly ok with Anime and getting really fond of the medium. After watching Golden Time, I tackled Toradora and loved it as well. Bakuman was my next step, Already read the first 4/5 manga volumes and even if the love story is totally ridiculous and annoying, the manga-drawing part makes up for it. When watching Anime I noticed that my listening comprehension really grew, even if I watched the whole thing with English subtitles. Sometimes I just don’t look at the bottom of the Tv-screen and try to get the story just from listening to the Japanese audio. Tofugu wrote a nice post about this and the ultimate question that will always come up in your Japanese learners brain:

Can you learn Japanese through watching Anime?

To make it short. No, you can’t but you probably didn’t think that in the first place. What Anime can do is giving you immersion and as we all know immersion is key when learning a foreign language. That’s why it’s relatively easy to learn a language when you’re living in the country where it’s actually spoken. Being constantly surrounded by it gives your brain constant training. So basically anything that helps you be “in touch” which the language you want to learn is great. In our case it’s learning Japanese and watching Anime in Japanese can be extremely beneficial. When Amelie talked about her playful way to learn Japanese she mentioned that she would watch an episode twice. First with and then without subtitles. Not bad idea but if I’m too nervous to pull off something like this. Watching the same thing twice in a row isn’t exactly my cup of tea. All this screams too much “work” for me and learning Japanese shall always be a fun activity in my mind. It’s still a hobby at least in my case.

Tofugu claims that the subtitles are the problem that prevent our brain to really take in the Japanese or rather prevent the brain from trying to understand the Japanese itself. And that’s definitely true for but only when you’re relying on the subtitles. Watching a whole episode in Japanese is too much at the beginning. You’ll only understand some parts of it can’t really follow the story and that’s where frustration kicks in. And we’re doing everything to avoid frustration.

Try to pick up some simple sentence patterns

I always found it useful to ignore the subtitles for some time and just have a look what you can really understand. Usually not that much in my case, at least not when I’m watching GTO. But apart from understanding complex sentences it’s great if you can just pick up some small causal stuff or finally get the many different usages of だめ in context. I think these little bits and pieces how Japanese is really used on a common day level make it worth watching Anime from a Japanese learners perspective. Or またね (see ya) or じゃあ or just ending a short sentence with ぜ for emphasis, these are the little things I picked up from watching Anime. These are the things you learn at the beginning from anime and manga and don’t get reached in Japanese textbooks.

What we should always keep in mind. Depending on the shows you fancy the Japanese spoken in them is most likely not the most realistic one. I doubt anyone would speak like a character from One Piece or with the slight Yakuza style Onizuka is using in GTO. Except for Yakuza. But in the end it doesn’t really matter what you watch. The important part is that you listen to spoken Japanese. You need to get a proper feel for the rhythm of the language and the more you listen to it the better. Especially when the sentence structure and way to express oneself is so different from English (or any European language).

Pick up some Japanese sentences and learn them with Anki

Grammar is always learnt best with a sentence. That goes for vocabulary as well. I recently started with iKnow and am quite fond of their service. They offer exactly what I talked about. 6000 core sentences with which you learn the most important Japanese words. Now we’re using this system and put some sentences from Anime into a special Anki deck which we create. Along with a fitting translation you can use it to learn some slang expression and sentence patterns. If you heard a grammatical expression in a sentence you instantly understand how it can be used.

What do you think about this? Are you watching Anime and if yes how do you think does it supplement your learning? Would love to hear other imp onions about this. 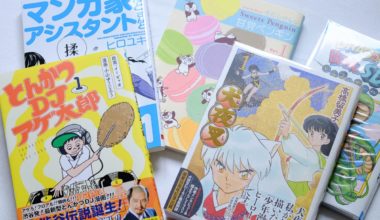 Last updated on September 19th, 2020Studying Japanese as a self-learner is a long journey. Especially when you have…
0 Shares
0
0 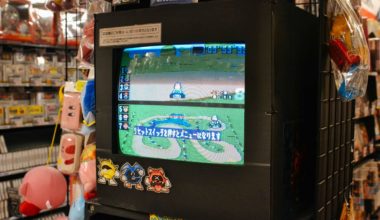 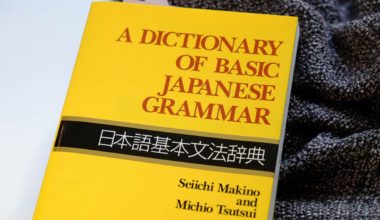 Last updated on October 6th, 2018I’m currently building up my Kanji and vocabulary knowledge with WaniKani and not…
0 Shares
0
0
Back to top