I’m still not quite sure if I’ll have enough time and money to visit Japan early next year. But it’s not just me. I really want to go together with my lovely girl Olga. Unfortunately due to her upcoming final law exams in September, she’ll probably be super busy till then. Why not just go alone? – Visiting Tokyo together in early February this year was just too much fun. But even if I won’t visit Japan myself next year, I can still play some very Japanese video games. Some obscure stuff which probably won’t come out in the States or Europe anytime soon (if ever). Games which are highly influenced by the whole manga & gaming culture and at best take place in present Japan.

If you have any recommendations for me, just leave a comment. It’s highly appreciated. I’m always on the lookout for games which take place in modern, Japanese society. The whole Yakuza series would be a perfect example. I just love to stroll around through the city with my character, play some golf, do some side missions and just get “involved” with the city itself. The fifth part of the series is already out for a year in Japan but I don’t think it’ll come over this time. And don’t get your hopes up for the recently announced Ryu Ga Gotoku Ishin (how the Yakuza series is named in its motherland). Like Kenzan, this one will also take place in the Edo era and thus, like its predecessor, not likely be chosen by Sega for an international release. Time to import people, I’m sure someone will go through all the troubles and write a nice guide for the game.

Japanese people spend a lot of time away from their homes and thus love their handhelds. The majority of Japanese games is nowadays released for handhelds only. And majority is somewhat and understatement. It’s not a bad thing, like I already mentioned in my post about easy games for Japanese beginners, I really love playing on a portable system. And for us Japanese learners it’s really comfortable to read on the small screen. I’m talking about Sony’s PS Vita, of course. The 3DS sure is something else and even if I really love the game library and the the little Nintendo features like Street Pass and all this stuff – why didn’t they implement a better display? But that’s another discussion…

After a bit of a break from Vita gaming, I recently started playing Persona 4: The Golden again. Brilliant game but I’m just a sucker for the whole Persona series. I decided that I needed some more stuff for my Vita, some more Japanese stuff. And you all know how it goes, you don’t just order one game, you order a couple.

Hint: I thought it would be a good idea to include some translated Japanese games in this list. Hands down, sometimes it’s just annoying to play a game in Japanese and only understand half of it. So – two parts.

And here we go, after all this nonsense chit-chat some recommendations of Japanese video games for the cold days:

At first I didn’t really noticed that the title already includes the word “strip” but when I read more about the game everything fell into place. Akihabara was invaded by demons who can only be defeated though stripping them. Yes, you have to tear their clothing apart so that the sun can destroy their delicate skin. At least that’s my explanation for all this. Apart from the gameplay where you’re fighting your way through Tokyo’s tech-area, the locations of the game are what makes this title so interesting for me.

It takes place in Akiba, the much used short form of Akihabara, and includes many real stores and places. Even the infamous Super Potato store is included in the game. With real pictures of the store. The game “features over 130 real world shops and faithfully recreates Akihabara as the stage for stripping”. The stripping part sure sounds funny, especially in this description. But hell yeah, I sure do like stripping, and Akihabara, so this should be a perfect match. The official website of the game has a small guide for all the included shops and events. Be sure to have a look.

I already ordered the Vita version but it’ll take some time till I receive it. Will post some screenshots and pictures for you guys when the game finally arrived.

A dungeon crawler where you are the warden of several bad girls who need to be punished in order to properly fight for you and improve their skills. This is one of these perverted games we all love so much but are afraid to publicly admit to. Apart from all the necessary spanking this looks like a really fun game with lots of dark humor and twisted characters. You want to play something totally different from all these Western shooters and are not afraid of some anime tits? Than this title might be the right choice for you. Especially if you’re into old-school dungeon crawler games like me.

Note 13.11.2014: There is  now a “The Best” version of Criminal Girls Invitation available. It’s currently 39,99$ and really a great game if you are into dungeon crawlers with a twist. Really enjoyd this game a lot when I played it around Christmas last year. The characters are fun and a lot of the dialogue is voiced.

I love science fiction and I love visual novels. 999 and its follow up are two of my favorite games and surprisingly these two share the atmosphere of Time Travelers. Even if Level5 developed this one here, it always reminds me on these two VNs. Which sure is a big compliment on the quality of the game. While the vocabulary can be quite challenging (all these technical terms) it’s not that much of a problem because the game is much more a movie with choices to be made than a more classic visual novel. You’ll still get the gist of the story even if you don’t understand a lot of the dialog. The Furigana above all Kanji, as a small bonus, make this a very Japanese-learners friendly game.

Level 5 is known for putting Furigana in all their games. Unfortunately they only released two for the Vita thus far. Time Travelers and Danball Senki W. Both are available for PSP as well so they made it easy for themselves and just ported the whole game without doing too many improvements for the Vita version. This doesn’t matter for Time Travelers but is highly annoying when you can’ control the camera in Danball Senki W. So if you think about buying the game – don’t. Played it, hated it, sold it.

The original was for the DS but never left Japan. This one will probably stay there as well which makes it a good one to pick up. The Vita “remix” features nice Anime cut-scenes, voiced dialog and enhanced graphics. Some claim that it still looks bad but it’s good enough for my eyes. The story is supposedly one of the better ones from the Tales series but I can’t really comment on this, because it’s been my first Tales of game so far. But: Highly enjoyable characters, good fighting system and a good story make this a solid one to pick up. Especially now with the release of a rather cheap “The Best” edition. I know, these boxes are damn ugly but you can’t argue with the price.

If you every played one of the Yakuza game you know what the deal is. You’re trying to win the heart of your favorite hostess and because that is a rather expensive hobby, you need to make some money when you’re back home. The production values are pretty decent and there is also a very helpful Japanese wiki for the game if you just can’t win over the affecting of your favorite. All the talking and drinking in the game make this actually one that’t highly recommended for Japanese learners. I know, the cutesy language… But it’s a rather fun game for a short break between things. Applies here as well: Cheap but butt ugly The Best version available.

Note: I have just written a bigger post about Dream Club Zero Portable, just have a look.

If there is something like this: Classic Mecha game. Blowing up shit and flying around as giant robots. JP-only and if you know the genre you can expect that it’ll stay this way. There is a rather big English speaking community for this game who also made a very helpful wiki. The guys over at gamefaq also really seem to like this one. 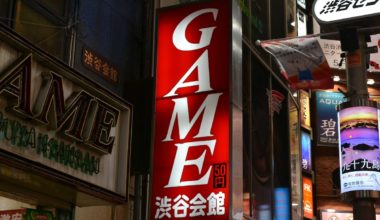 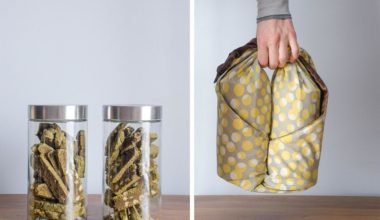 Last updated on October 6th, 2019Honestly, I can learn a lot from these girls. I always complain about…
0 Shares
0
0

Last updated on September 7th, 2014My family always had a strong connection to France. Every year we go…
0 Shares
0
0

Last updated on December 1st, 2020If you’re living in Europe, it may seem difficult to buy Japanese manga…
25 Shares
23
2
Last updated on October 4th, 2019I love the Persona series. I played the first one on my PSP…
0 Shares
0
0 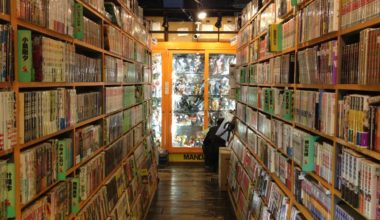 2016 went by in a breeze and was pretty exhausting both from a university and personal perspective. I…
0 Shares
0
0
Back to top