We all love Japanese films, right, but there are so many of them that sometimes it is hard to distinguish the good from the bad ones. I’ve been a big fan of the Criterion Collection for years, which makes finding good films much easier. But even if their selection is always interesting and relevant to a certain degree, it can be boring as hell, too. They share my love for Japanese films because they released quite a few over the years. But I still can’t get into the commonly appreciated Seven Samurai or Kurosawa in general.

With two exceptions: Rashomon and Kagemusha, which I both love. So my thinking behind presenting a couple of Japanese films was that, just maybe, you don’t share the taste of the general canon and just want some personal recommendations from the guy who likes all these manga like Yotsubato, weird videogames and has an interest in, hopefully good, Japanese films (just a little hint, you can stream most of these films at the Criterion Channel nowadays).

I already watched a couple of movies by the director Masahiro Shinoda and still own Assassination, but I always found myself struggling with his films. I came to the conclusion that I really liked his visual style but that the director always seemed to fail to consequently tell a story that you can actually follow. This doesn’t sound like a good introduction to the movie but is honestly its greatest flaw. The visual style of Shinoda is too intriguing to dismiss him instantly so that is probably the reason why I kept on watching films by him. And in a certain sense, it was always rewarding.

The film tells the story of two gamblers, and while in Europe or anywhere else in the world there is no such genre for people who are addicted to gambling, in Japan there is. It’s called 博徒映画 (ばくとえいが) which ruffly means “gambler movie”.

I haven’t watched any besides Pale Flower but would love to get some recommendations. Reading about the story of films is so boring, I really hate it. So I won’t give you any details. Never, I promise. It’s an unconventional approach toward film recommendations, but that’s exactly what I want to do. Just to tell you why you should watch a certain movie, nothing more, nothing less.

The story about two addicted gamblers is told with strong pictures in beautiful black and white. Pale Flower is a mixture of these so-called “gambler movies” 博徒映画 and the classic Yakuza film. Strongly influenced by the aesthetics of film noir hero Melville, who just loved to make films about long-planned heists, director Masahiro Shinoda created a gripping tale with seductively beautiful pictures. The rather lackluster story fails to impress and doesn’t manage to go in-depth with the characters, their feelings, and their history. But Melville didn’t do this either, right?

The end comes along and you’re not really too sure what the film was trying to say, but you don’t mind too much because Pale Flower is just so damn cool. 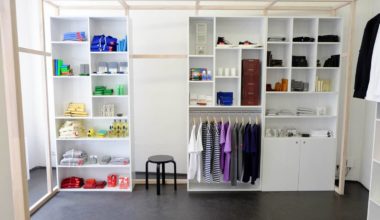 I just came back from a week long trip to Berlin. It never was exactly my kinda city…
Browsing through Tumblr and Instagram I came across wonderfully plain leather sneakers and was always wondering which brand…

I just received my very first Human Made Tee and am very pleased with the look and quality.…
Back to top wpDiscuz