Reading Seinen manga without furigana is easier than you might think

I’m not that keen on 少年 (shonen) manga in general, but long time readers probably know that already. When I first started to delve into the world of manga I mainly read stuff by Naoki Urasawa. Pluto was the first manga I read and to this day it’s still one of the very best series I ever enjoyed. It was something of a long time goal I set for myself, being able to read the works of Naoki Urasawa in its originally published language, Japanese. Being a bit of a collector and all, I already bought the first three volumes of Urasawa’s latest manga Billy Bat. The decade-spanning story about a mysterious scroll and the history of the American comic character Billy Bat, is very complex and primary written for adult readers. It does only contain Furigana for some rare Kanji, so it’s not exactly beginner friendly. But if you already have a rather decent Kanji knowledge you’ll find it much more easy than your average 少年 manga.

Why are Seinen manga more easy to read than all this shonen stuff?

When I first started to read some stuff in Japanese I tried the most common suggestion: Doraemon. I really like the character and thought it would be a good one to start with, not too difficult with short chapters. But damn, I was wrong. Apart from being not so easy after all, I really couldn’t finish the manga. The stories bored me to hell. And that’s when I learned my first lesson when choosing the material to read and play: Stay realistic but never try to read something just because of it isn’t easy. You won’t pull through with it. And I think we all know how important proper motivation is when trying to learn Japanese.

Luckily it was around this time when I discovered the Japanese graded readers series with classic Japanese tales and stories diveded after difficulty. You can choose from four different levels and when you’re starting out to learn Japanese this is porbably the best thing you can read. Start with level zero and when you’re ready for some “real” Japanese, try some manga without Furigana.

青年 (seinen) manga are primarily targeted at young men but like the 少年 stuff, everything which is not exactly targeted at girls falls under this male category. The vocabulary and it’s difficulty is dependent on the setting of the manga itself and can thus differ quite a lot. But nearly every one of these books has one thing in common: The nearly complete absence of made up vocab and slang. I know in some 青年 manga there will probably be a lot of slang but when you compare it to your average 少年 manga you’ll probably be far better off with one targeted at older people. The characters mostly use a proper, polite language. And maybe the biggest plus: The words which you don’t already know and have to look up are nearly always very beneficial to your future Japanese learning. Stuff which is actually useful in common day situations when you’re actually using Japanese in real life. Dragonball is great and all but the vocabulary used in the series will most likely not be the stuff you’ll need when trying to read a novel or writing to your new Japanese best friend (or gadget cat from the future).

When I started to buy  Japanese video games for my 3DS, I was always on the lookout for the ones which contain furigana. A couple of month ago I realized that most of the stuff I really wanted to play didn’t contain any. It was somewhat always off limits for me to buy stuff without furigana. When I finally tried to read material with Kanji only, without the little helpers above, I noticed that can I read a lot more than I thought I could. It was a big relief to finally be able to read the things I’m actually really interested in and not be limited by the fact if something has furigana or not.

When you’re like me and mostly more interested in manga which usually don’t contain any furigana: Just try it out and stick with it for a little while. Don’t give up after just a couple of pages. Furigana are neat and all if you’ve to look up unknown words but you always tend to focus on them instead of the Kanji itself. At first it doesn’t matter but when you’re steadily getting better in Japanese the time will come when you want to read text with plain Kanji. Manga with Furigana suddenly seem a little annyoing because the extra reading help is just distractive. After all recognizing these characters is only a matter of practice. Start practicing early enough, get rid of furigana and concentrate on the Kanji itself. You’ll be far better of like this in the long run. 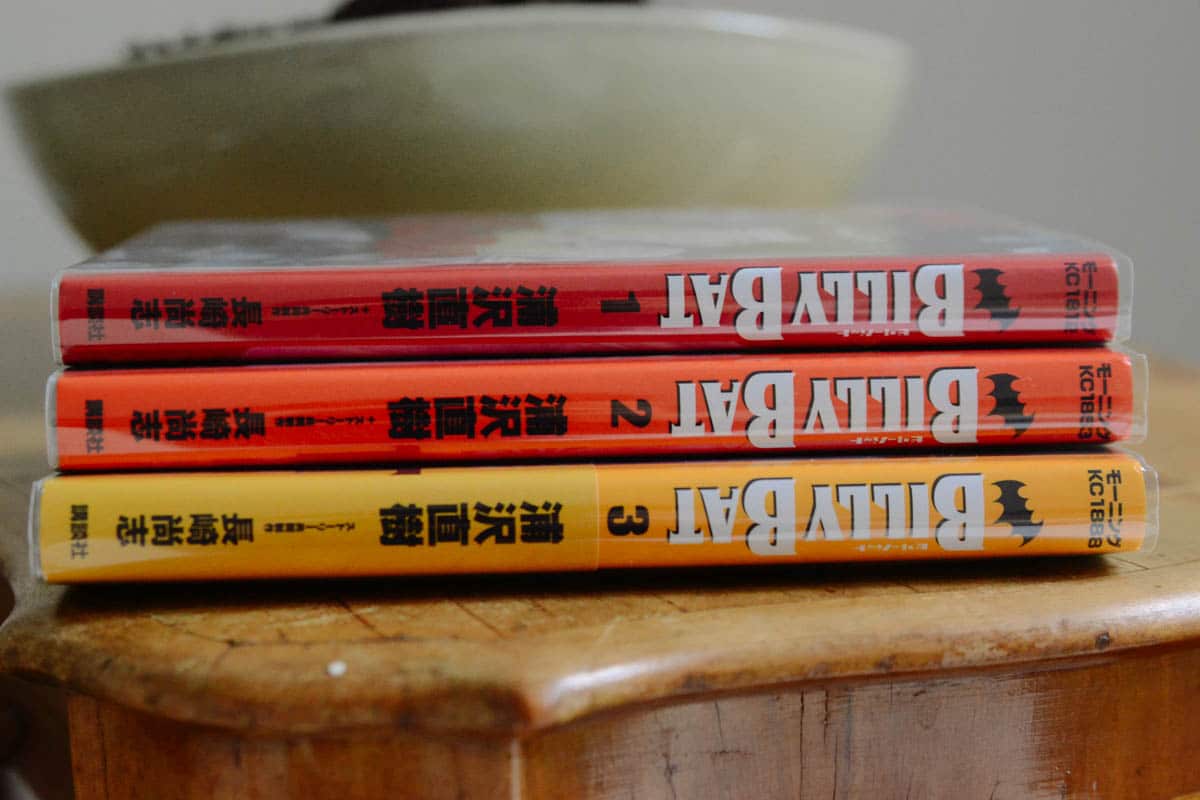 I started Japanese Tease after my first trip to Tokyo as a personal blog to share all the stuff I love about Japan. Trying to learn the language and always on the lookout for attractive books.
5 Comments
Oldest
Newest Most Voted
Inline Feedbacks
View all comments

[…] Reading Seinen manga is more easy than you might think […]

Just wanted to say I’m really enjoying your articles – keep up the great work! Recently, I’ve been spending my time reading more 少年 manga (e.g. スラムダンク), but after really enjoying it initially, I’m getting a little burnt out. Kind of amazing how artists can drag out one story / fight over so many issues. Cheers for the inspiration to switch it up and go for the 青年 manga.

Thanks a lot Scott. I hate that with 少年 manga as well. I just can’t read another story where one character gets stronger each volume only to fight bigger enemies. Always the same. I’m thinking about starting リアル today. You already read it?

Nope, not yet. I’m pretty new to manga, so will probably try a non-basketball book. For whatever reason, I’ve stayed away from manga and anime, but I’m beginning to realize that was a bit foolish, as it is a lot more fun than text books. I’m going to give that Billy Bat one a try next – sounds interesting

I get that. Wasn’t really too keen about Anime and Manga myself before I started to learn Japanese. Comics always were my thing though. Billy Bat is amazing. Sure you’ll love it. Another manga I’m currently really enjoying is それでも町回ってる. It’s a comedy manga about a maid café and especially a clumsy girl who is working there. Very charming and much deeper than one would expect.

I recently discovered the website Japanese level up by a guy named Adam. It has been around for… 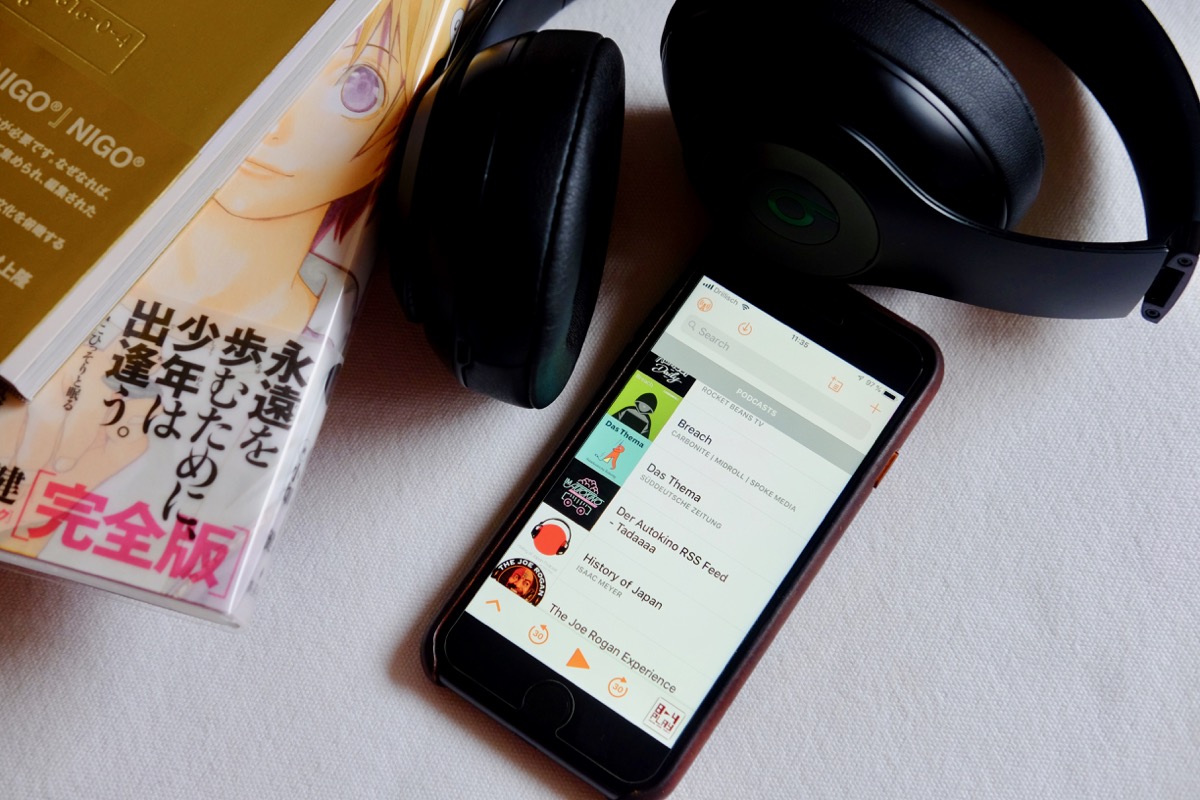 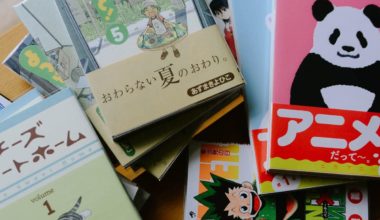 I’ve been trying to learn Japanese for about one and a half years now. My goal always was…
Back to top wpDiscuz